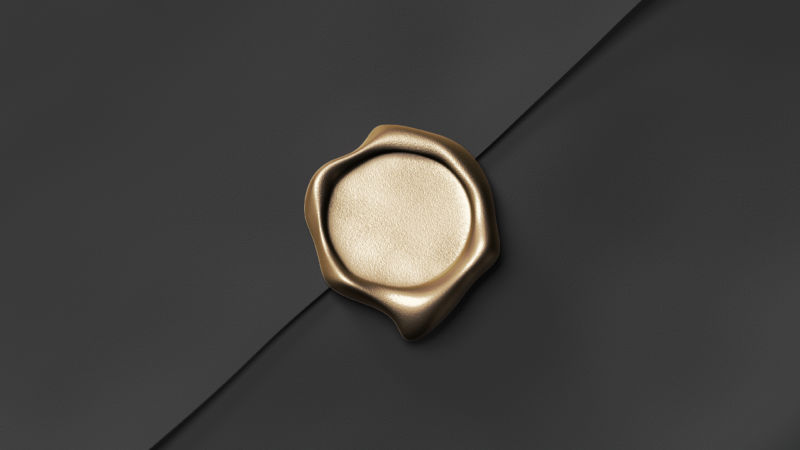 Few contracts are drafted completely from scratch. Virtually all drafting projects begin with a document used in a prior transaction. The previous language is modified to fit the current transaction.

The new lawyer may not know why a specific phrase was included but often lacks confidence to omit it, so atavistic practices are carried forward out of habit. Many atavistic practices are stylistically unnecessary but relatively harmless (like “Witnesseth” or “Know all men by these presents”). Not so the practice of signing under seal, which is sometimes detrimental to the client’s interests.

The words “signed” and “delivered” in the phrase above are obvious. Less obvious is the legal implication of the word “sealed.” The humorous origins of the concept of “seal” are rooted in feudal times as a method of authenticating the signer of a document or his (indeed, only men had legal capacity to own property and sign documents) emissary in much the same way that fingerprints serve to identify a person today.

The earliest permutations of seal were reportedly tooth prints affixed by biting the page. The practice of signing under seal has evolved over time through various stages, including signet rings that impressed a crest or logo in hot wax, embossed gold or silver “wafers” attached to a document, corporate seal tools that are squeezed to crimp the page, or merely printing the words “corporate seal” for corporations or “seal” for individuals after the designated signature.

The concept of seal today is more prevalent along the Eastern Seaboard where the ties to the English common law through the 13 colonies were the strongest. As one progresses westward in the U.S., the concept fades into oblivion.

In most jurisdictions where the concept of seal is adopted or recognized, there is no distinction in the effect of a corporate seal versus an individual’s seal. Nor is there a distinction between the effect of an “official” seal and simply writing the word “seal.” In fact, a lawyer told me a tale of another attorney who kept a silver dollar in his desk drawer and used it at contract signings to affix a seal by placing the silver dollar under the paper and rubbing a pencil over it to replicate a relief image on the page. Under that, he wrote “seal.”  The silver dollar itself had no particular relevance; it was the word “seal” that effected the desired result.

The Uniform Commercial Code specifically rejects the concept of seal in contracts for the sale of goods, and signing under seal may be disadvantageous in other situations as well. For example, given the speed with which technology changes, technology vendors would be ill-served by a 20-year statute of limitations. Conversely, a buyer in a real estate transaction would prefer a deed signed under seal.

In most jurisdictions, two components are required to create a document signed under seal:

“Signed, sealed and delivered” is an example of a seal recital. So are “in witness whereof, I hereunto put my hand and seal,” and the less archaic “this document is signed under seal.”  A document signed with a seal recital but without the word “seal” after a signature is not sealed. Similarly, a document that is missing the seal recital but has the word “seal” after a signature is not sealed. It is possible in some jurisdictions, however, to create a contract where one party is under seal but the other is not. This is accomplished by including the seal recital and printing or affixing the word “seal” after one party’s signature but not the other.  Theoretically, this would mean that the un-sealed party could bring a lawsuit for many years longer than the party under seal would be able to raise a counterclaim.

Here is an example of a seal recital and signature block for a contract signed under seal:

Here is an example of a signature block for a contract that is NOT under seal:

This employment contract is effective on this 15th day of July, 2019.

Although in feudal times the concept of seal served an important legal purpose of authenticating the signer, in modern times it does not. Practically speaking, the words “seal” are typically inserted on the page by a lawyer’s administrative assistant rather than the person signing the contract.

In a concurring opinion, Justice Lumpkin of the Georgia Supreme Court ranted about the uselessness of the concept of seal in “modern” times — over 160 years ago!  Lowe v. Morris and another, 13 Ga 147; Lumpkin, J. concurring; Also See WRITING Drumright and others vs. Philpot, 16 Ga 424, 428 (1854) “Having discharged my duty to the country, by doing what I could in Lowe vs. Morris and another, to bring the modern scrawl, misnamed a seal, into merited contempt, I shall content myself with what I have now said…”

Nevertheless, the concept of seal endures, primarily out of habit but occasionally out of stealth. If you do not intend to invoke the effects of having a contract signed under seal, you can confidently omit the seal recital and references to seal in your next drafting project. 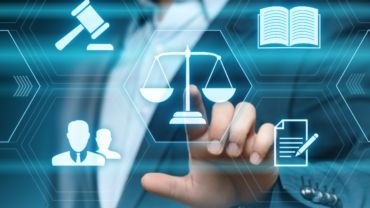