The first exception is fairly straightforward. If there is a term in the contract that is unclear to the court, outside evidence may be admitted to resolve the ambiguity. Ambiguity here could also refer to words that have a double meaning.

For example, a buyer, located in Canada, agrees to purchase 100 widgets from a seller located in the United States, for $1 apiece. The contract fails to state whether the price is U.S. dollars or Canadian dollars.  Evidence may be admitted to the court showing that the parties understood “dollars” to mean “Canadian dollars” or “U.S. dollars” (as the case may be).

Evidence may also be presented to show the parties understanding of what specific terms meant (i.e. their definitions).

Next, evidence may be introduced to show that a specific term in the contract was a mistake — specifically, that the mistake was made because of a grammatical or clerical error.

For instance, if a zero is missing from a dollar amount, or if a word was misspelled, previous drafts of an agreement could be introduced to correct these mistakes.

The next exception allows evidence to be presented to show that the contract was formed under fraud, duress, or some otherwise tortious conduct that could render the contract invalid. This evidence can include communications between the parties or other evidence that would suggest fraud, misrepresentation, duress, etc.

For example, if a buyer agrees to purchase an automobile from a car dealer, and the dealer owns many identical models of cars, evidence may be introduced to show that a specific car was sold (identified by its vehicle identification number).

The next exception was mentioned in Part A.  If a contract explicitly states that a term is either to be determined at a later date or could be modified at a later time by the parties, evidence may be introduced to show that later modification.

The next exception is simpler than it may initially seem. In short, this exception allows for evidence showing that the parties, through their past dealings or through trade practices within the industry, understood a specific term to be a part of the contract, even though such a term was not contained therein (for example, requiring that a certain product be of a certain standard or grade, etc.).

This list of exceptions isn’t completely exhaustive, but it covers the most important ones. It also illustrates a common thread that runs through all of the exceptions: situations in which a court may need additional facts to fully understand the contract. 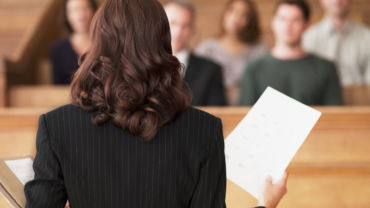