Preventing fraud, waste, and abuse (or FWA) is extremely important for government agencies because any failure to do so can result in a loss of taxpayer money and damage to public trust. Preventative efforts depend greatly on the availability of technological tools and personnel resources. To better understand these needs, we surveyed state and local government employees across the U.S. about their own efforts to prevent fraud, waste, and abuse. Here are five eye-opening results from our nationwide study.

1. Public records users only spend a quarter of their time on FWA prevention but wish they could spend more

The best way to combat fraud, waste, and abuse is to prevent it from happening in the first place. Our survey respondents reported that they only spend about a quarter of their time on prevention efforts but would like to do more. This shows that those who use public records the most understand the value of preventative work. For example, suspicious activities indicating potential money laundering, embezzlement, or irregular billing could go on for years before they are exposed and investigated. The losses incurred are not always recoverable, so working to prevent these activities is much more cost-effective than catching them after the fact.

2. Many civil servants are more confident in their ability to investigate FWA than to prevent it

For government program administrators, confidence is determined by how well they feel they can perform their duties with their current resources. Almost half of those we surveyed said that they had little or no confidence in the tools and resources they had to prevent fraud, waste, and abuse at state and local levels. The majority, however, did feel confident that they had what they needed to investigate cases after they had occurred, even though this is never the most ideal outcome.

3. Most small agencies don’t use any case management software or integrator in their operations

Channeling FWA prevention and investigation work through a case-management system would be more efficient, and free up time to pursue other matters. Still, more than two-thirds of the respondents to our survey do not use any sort of case-management or integrator solution to organize and manage their operations. This may be because keeping up with technological updates was one of the biggest challenges faced by state and local governments last year. Many government offices are still upgrading their legacy IT systems, and the complexities of coordinating state, county, and city computer networks can be daunting. Once modern solutions are implemented though, they are much easier to use and keep up to date, which is helpful in the long run.

4. The most pressing issues last year were a lack of resources and loss of institutional knowledge

The main reasons government agencies cannot keep up with new technological solutions are because of their limited financial and personnel capacity. Most fraud, waste, and abuse prevention programs require an initial investment and more training to properly use — two elements that many government officials admit are in short supply. Most of our survey respondents indicated that the lack of resources was one of the most pressing issues their departments faced last year, while half also cited a loss of institutional knowledge from staff turnover. Combating FWA requires an investment in both financial and human assets, but once that investment is made, they can improve efficiency and have a positive return over time.

5. Public records users think FWA will increase or stay the same in the next two years

State and local government employees who use public records regularly are often the best predictors of fraud, waste, and abuse trends. So, we asked them if they believed that their current efforts would help prevent malfeasance and criminal activity in the future. While their specific responses varied, the vast majority of those we surveyed said the prevalence of fraud, waste, and abuse would either stay the same or increase in the next two years. Of those who believe it will increase, roughly half work at the county level, indicating that the smallest program offices are more worried than those at higher levels. These are the types of places that work the hardest to protect taxpayer dollars on a daily basis, with the fewest resources, and investing in preventative tools will make the biggest difference.

To get more details from our fraud, waste, and abuse survey, download our full report. 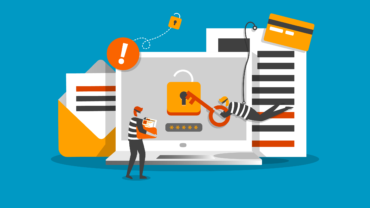