K12: Getting a PhD in legal department management with Legal Tracker

K12 Inc., headquartered in Herndon, Virginia, is a publicly traded company and corporate leader in providing individualized, one-to-one learning solutions for students from kindergarten through high school across the United States. When Deputy General Counsel Christopher Ryan started at K12, the company was preparing for its IPO and was in hypergrowth mode. The legal department at that time had just three lawyers and used a Microsoft® Excel® spreadsheet Ryan had developed to track legal matters and spending. Within a few years, the legal department’s growth rendered its homegrown spreadsheet unmanageable.

In addition to having a difficult time tracking matters, as the company grew, the legal department began receiving more sophisticated questions about spending and budgeting that they simply had no way to answer.

Managing month-end accruals was also becoming more and more demanding. All of this led the legal team to look for a comprehensive, yet easy-to-use, e-billing and matter management system to get control of their legal matters and gain visibility into their spending.

After carefully evaluating multiple legal management software options, K12 chose Thomson Reuters Legal Tracker. “Implementing a system like Tracker will give us visibility into our matters and spending so we can demonstrate that we are running the legal department like any other operating business of the company,” says Ryan.

Securing the required buy-in from the CFO for the system ended up being an easy sell. “He immediately got the value because, while there’s some additional expense up front, we will quickly make up for it in savings and efficiency improvement. It was a no-brainer,” says Ryan.

Having the implementation manager onsite made us focus and allowed us to collectively make many important decisions all at once, which really brought us forward quickly.

By capitalizing on the deep expertise of the Legal Tracker team, K12 was able to adopt and execute sophisticated legal department operations right out of the gate. According to Ryan, “We wanted to tell law firms that we consulted with the Tracker team and figured out what the industry standards are, and that we’re just doing what other peer companies are doing.” The implementation manager was onsite for two days. “Having the implementation manager onsite made us focus and allowed us to collectively make many important decisions all at once, which really brought us forward quickly,” says Ryan.

By going through the Tracker implementation process, K12 was able to completely revamp their billing guidelines, initiate budgets and accrual requirements from their law firms, and easily run reports they could never have generated in the past.

“It all goes back to the objective of running the legal department like any other business unit in the company. Once you get the keys thrown to you, you think about all the things you’ve wanted to do for years but couldn’t,” says Ryan. “It’s a process of modernizing and catching up to what a lot of our peer companies are doing and being able to implement a lot of the business concepts we wanted to introduce into the management of the legal department.”

”The implementation went really well. In addition to having a great implementation consultant, we pulled the right team together internally,” says Ryan. The team included Ryan who oversaw the implementation, Heather McAllister, vice president of Legal & Compliance, a compliance manager to help with the tactical items, and an IT resource to help with integration to their accounts payable software. The one-two punch of the Legal Tracker team’s experience, combined with McAllister’s previous experience using Tracker at two large law firms, enabled K12 to implement Tracker in just over two months.

It was a great experience. We felt like we were leapfrogging the basic use of the system by relying on our implementation manager for a lot of best practices.

K12’s legal department is excited to use many of the features in Tracker to save money and time and to improve processes. The financial accrual functionality allows management of all accruals directly within the system and takes what was becoming a tremendous burden off of the legal department. Receiving budgets from their law firms and automatically tracking spending-to-budget is an additional capability they never had before. They no longer are tracking, copying, scanning, and emailing paper invoices to accounts payable—that’s been entirely eliminated, along with tracking down invoices when a law firm calls about a payment issue, which Ryan described as “a colossal waste of time.” Relying on the Tracker auto reduce/reject functionality to enforce billing guidelines also saves additional time turning around invoices.

“They are about how technology can help us manage all of our billing processes and become more efficient and spend more time doing high-value legal work. It’s the same concept as K12’s. So why wouldn’t an education technology company implement technology to improve its billing process?”

K12 Inc., headquartered in Herndon, Virginia, is a publicly traded company and corporate leader in providing individualized, one-to-one learning solutions for students from kindergarten through high school across the United States.

See how customers use Legal Tracker 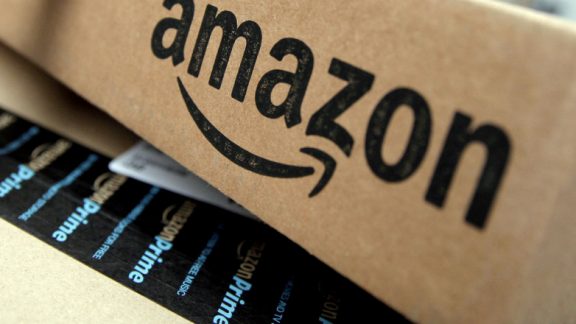 See what Legal Tracker can do for your department

Legal Tracker is a robust matter management, e-billing, reporting, and analytics solution that maximizes your legal department’s efficiency and value.