Protecting victims of human trafficking and sexual exploitation with CLEAR

Human trafficking has been thriving in plain sight. With approximately 9,000 known Illicit Massage Businesses (IMBs) operating in the United States, these storefront brothels often fly under the radar because they are able to use the disguise of a legitimate massage parlor or business. By conducting their own investigations on Thomson Reuters CLEAR, non-profit organization Polaris works to expose the underlying criminal activities of these IMBs, as well as establish further links between individuals and locations. The information that Polaris is able to uncover paves the way for a safer community.

These businesses are right out there in the open, in suburban strip malls, on city streets, and lining the exit ramps to rural communities in every state in America. And yet, what is really happening behind their doors is hidden by a veil of legitimacy and respectability. By lifting that veil, Polaris can identify patterns that help tell the story of how these seemingly innocuous storefronts mask human trafficking businesses. These linkages help paint a picture of how these criminal enterprises operate. Polaris can then take what they learned about how to uncover the secrets of human trafficking operations and train others on how to help put an end to it.

Understanding the victims and survivors

Vulnerable women in desperate situations are being tricked into a line of work portrayed as something very different from what it is – and threatened if they attempt to leave. According to research by Polaris, those trafficked in illicit massage parlors are often women who have travelled to the United States under extreme financial pressure. They may be recruited through fraudulent advertisements that misrepresent their pay, living, and working conditions, and hide the sexual nature of the job. When the victims arrive on the job, they are often paid far less than the minimum wage, made to live in the business or at a secondary site controlled by a trafficker and pay them rent, work excessive hours, and then are threatened with arrest, deportation, or shame to their families if they quit. This means that illicit massage businesses have elements of both sex and labor trafficking within them.

When an IMB is identified, the victims of trafficking can be exposed to further trauma by being called upon to give evidence in a court. Since it is unlikely that the selling of sex is the only crime being committed by an IMB, researching the publicly-available data sets associated with the business can potentially reveal other crimes, such as fraud and money laundering crimes. Such crimes not only raise the profile of the investigation, but can free the victim of human trafficking from having to relive their traumatic situation by testifying in court, since the trafficker can be charged with other crimes. Thorough research is therefore of the utmost importance when attempting to abolish IMBs, while also protecting the victims involved.

Polaris CEO Bradley Myles explains that the goal of Polaris is “to increase the risk to traffickers so much that they stop engaging in it altogether.” To date, Polaris has advocated for more than five pieces of federal legislation and over 100 pieces of state legislation in all 50 states to get human trafficking recognized as a crime. They have created policy advocacy programs to pass even stronger laws, and data-oriented programs to understand how the crime is evolving. Polaris also aims to educate landlords who unknowingly rent their properties to IMBs, code enforcement professionals who regulate businesses for hourly wage and health inspections, financial institutions who risk exposure to managing money for criminal enterprises, and law enforcement about victim- and trauma-informed practices. The research that Polaris releases to the public helps illuminate how human trafficking actually manifests across the United States, pointing prevention and response tactics in the right direction. Founded in 2002 by two seniors at Brown University, Polaris now has a reputation as one of the most well-known anti-trafficking non-profit organizations in North America. 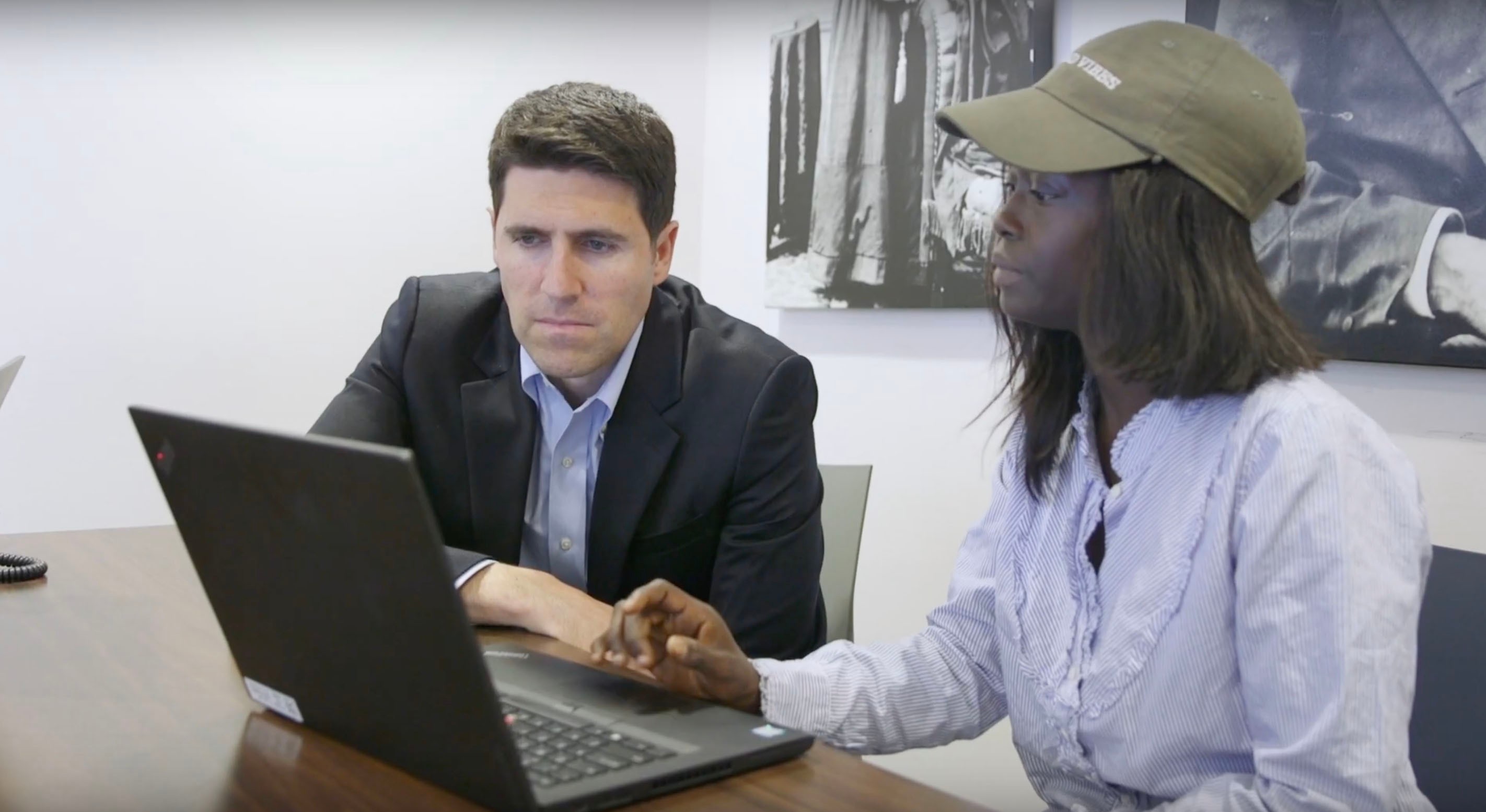 Untangling the web of deception

An abundance of public data sets and relative ease at establishing shell companies makes it easy for trafficking to get lost. This is how IMBs have successfully evaded the authorities in the past. CEO Myles identifies the main challenge Polaris faces during an investigation as “disparate, fragmented, hidden information about actors and stakeholders that appears disconnected and not really linked.”

Having worked with the issue of human trafficking since 2002, Myles explains the very process used by Polaris to identify IMBs and instances of trafficking.

“You can read information and get a sense of where buyers were able to purchase sex, as well as get indicators of trafficking,” Myles says. Myles describes some publicly-available information as a “treasure trove on the types of behavior happening in these closed-door environments,” however, this information may not answer the question of whether trafficking is happening.

Polaris then turns to CLEAR. By comparing what has been learned from publicly-available information against the information provided by CLEAR, Polaris is able to establish patterns that connect the dots and illuminate how these businesses operate. “Then you can expose the fraud that these places are engaging in, masquerading as a legitimate business,” Myles explains. “If you drive by, you don’t immediately see all the criminal networks that are hiding behind the scenes, but with a tool like CLEAR, the network analysis is able to be performed.”

With the information from CLEAR, Polaris can paint a broader picture of criminal networks that helps reveal that human trafficking is happening. “Without CLEAR, we may have completed a fraction of the research, immensely slower and laboriously by hand,” says Myles. “CLEAR turbocharges and accelerates the rate and efficiency of that analysis.”

Like the issues of domestic violence and sexual assault, sex trafficking is a manifestation of power and control, yet it is a unique form of crime as it involves a business element, with greed and profit added in. As a result of using CLEAR, Polaris has more access to information that increases the likelihood of identifying and disrupting the criminal networks that fuel human trafficking in the United States. 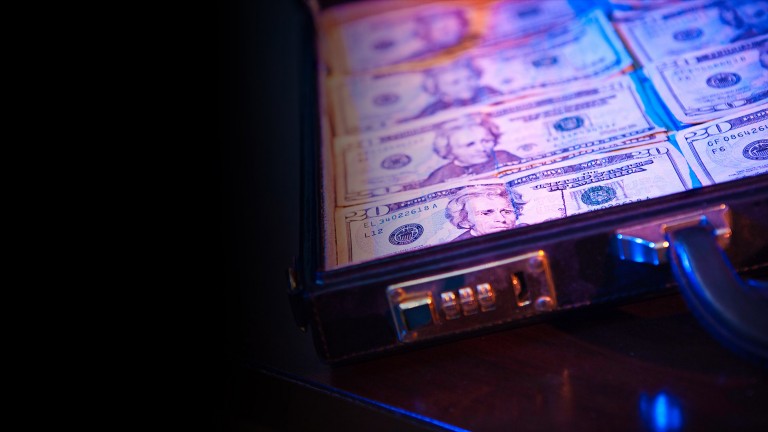 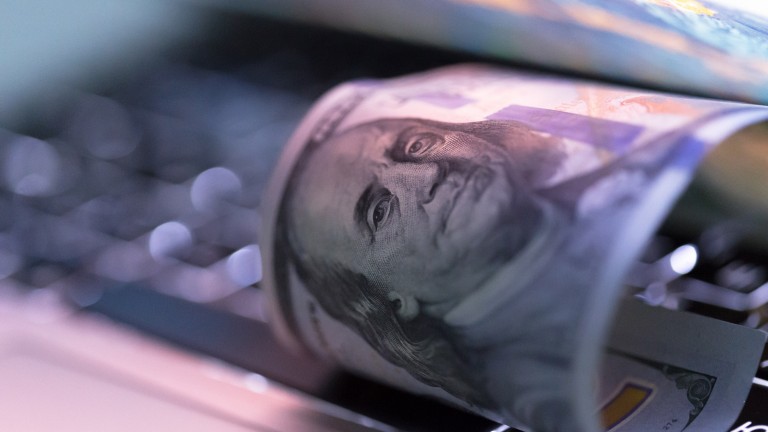 See how Thomson Reuters CLEAR gives due diligence a boost